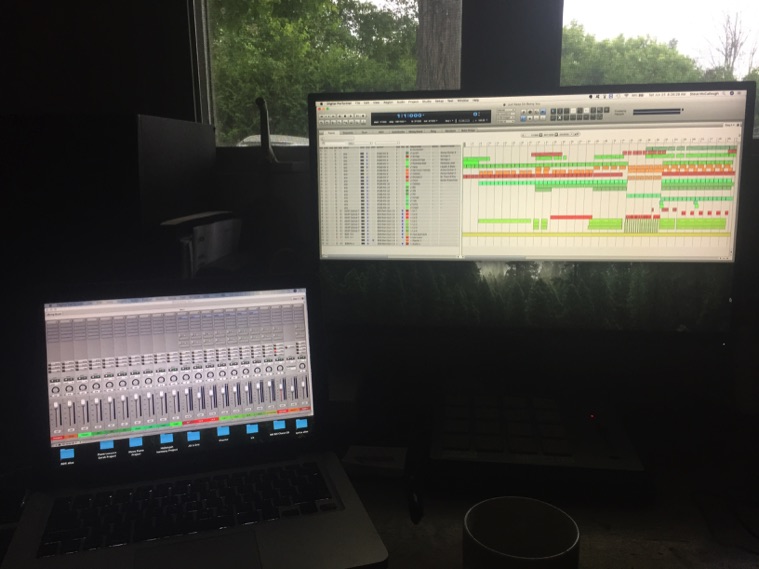 My introduction to MIDI was simple. I had to do it! I started playing solo around 1980 sitting down playing several keyboards stacked on each other and eventually I had 2 octaves of Farfisa bass pedals wired into my Mini Moog. You could see my head above my keyboards but that was it. I bought my first Macintosh computer in 1985 with a new MIDI software called Performer. I overhauled my entire keyboard setup buying keyboards, rack mount systhesizers and a drum machine that had MIDI interfaces. Now it's quite easy to find GM MIDI files for just about any song, but for the first few years I had to write my own. This also allowed me to stand up and play trumpet to an orchestrated backround. I also added a MIDI lighting system which I also programmed as a track. Performer is now called Digital Performer which incorporates MIDI and digital audio. MIDI is my preferred compositional tool being familiar and having grown with DP for over 30 years. As described in Music Lessons DP is a big part of how teach so MIDI is an extremely versatile musical tool. MIDI was revolutionary when it came out putting composition in the hands of composers for the very first time. As computers got more powerful and storage larger and cheaper digital audio gradually got incorporated into the software. The song Just Keep On Being You on the Songwriting page was composed and recorded entirely with DP in my studio. Obviously it has evolved to make it a start to finish software for music composition. 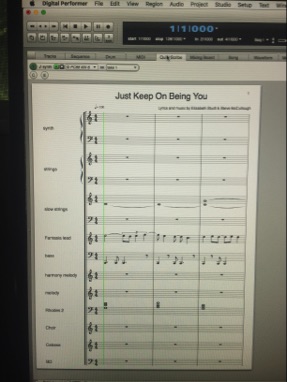 There are many ways to work with and view your composition in Digital Performer including Quickscribe a powerful notation software so you can have all the MIDI tracks shown here. In this song it is a 49 page script.